There has been a long held belief that pathogens, in the long run evolve to become mild, lose or reduce their virulence. This is believed to be because rapidly killing their host is against their own interest. While there have been remarkable and well documented examples where a virus, new to a host population spreads like wildfire and kills a large proportion of the population, but soon loses much of its virulence. This is certainly the story of the Myxoma virus that was introduced to control the population of rabbits in Australia in 1950.

The myxoma virus was said to lose its virulence due to natural selection because viruses that allowed their host to live longer had a better chance to spread in the population than the ones that killed the host very fast. This is not as easy as said, because it is a multilevel selection problem. Within a host a virulent variant will grow more vigorously than a mild one, but across host individuals the ones infected by the less virulent ones will live longer and keep on spreading the virus. Multilevel selection, unfortunately, has been a contentious issue in evolutionary biology, fought more with beliefs and rhetorics than with sound, realistic and context based models. But the most sensible argument has been that under one set of conditions, the within host selection becomes stronger than the between host selection and higher virulence evolves. Under a different set of conditions the reverse may happen and virulence is progressively lost. In reality we have examples of myxomatosis in which virulence was demonstrably lost, but we also have examples like small-pox virus which ultimately became extinct but never lost its virulence.

We have one more interesting case in which virulence was apparently constant for over thousand years. Then something happened and within 3-4 decades virulence was lost almost completely. This happened with leprosy. Descriptions of leprosy have been there in old literature from which it seems that it has been with us almost unchanged for several centuries. Then between 1960s and 1990s, the pictured changed dramatically. The proportion of lepromatous cases, which is the most severe form of the disease, started coming down monotonically all over the world. Milder forms of leprosy were still there for a few decades, but then they also started disappearing rapidly. This was brought about by a combination of social stigma associated with the disease and discovery of effective drugs against leprosy. One of them in the absence of the other would not have succeeded. Owing to the attached social stigma leprosy patients were not being treated in general hospitals. There would be separate asylums or at least separate wards. As a result going to these wards was to advertise that I am a leper, which nobody liked. But patients with severe form of the disease had to do that. Those with milder forms could hide their disease for a longer time and move around normally in the society. As a result the more virulent forms were selectively killed by the drug, and the less virulent ones allowed to live longer and thereby spread more. This differential selection was so strong that leprosy ceased to a problem in four decades. Effective drugs were there for staphylococci as well. But they, instead of losing virulence, developed drug resistant varieties. This could be mainly because a systemic infection as well as a small boil was being treated with the same antibiotic. In a more severe form of the disease, the germs would have replicated much more before facing the antibiotic and thereby have a better chance to spread than a milder form of infection. Here selection would favour the more virulent ones and eventually antibiotic resistant ones. This means that our practices of preventing and treating the disease as well as the social beliefs with which we view the disease influence the evolutionary course of the pathogen.

This certainly would apply to the rapidly spreading and, needless to say, continuously evolving coronavirus Covid 19. The entire world has taken unprecedented steps to prevent, or at least slow down its spread. What is rarely addressed is how would the social distancing and lockdown affect  further evolution of the virus?

If we do large scale testing, try to detect and isolate every positive individual, there is a small chance that we might drive the virus to extinction by completely preventing transmission to other individuals. But this is unlikely and does not seem to be working that way, although it may have slowed down the spread. But what could natural selection be doing under this scenario? If every positive case is in quarantine, more virulent and less virulent strains are both being isolated with the same probability. Let’s assume that every propagule generated from the quarantined individuals has a very very small chance of escaping isolation and infecting someone. Just because the virulent ones make more propagules, they have a greater chance of escaping than the milder varieties. This means we are giving a selective advantage to the more virulent ones over the milder ones and as a result virus will evolve for increased virulence.

On the other hand if testing kits are so limited that you reserve them for individuals showing considerable symptoms, the milder cases will escape detection and will live and spread. Some of the more virulent ones are also likely to escape if they happen to be in partially immune individual who can keep the symptoms suppressed. But on an average the virulent ones are more likely to be isolated than the mild ones. As the milder ones spread more, they make the population immune, preventing the spread of the virulent ones further. This, by evolutionary logic, is expected to lead to gradual loss of virulence along with increasing herd immunity.

The logic goes very similar for the lockdown. If the lockdown is complete, and every case is effectively isolated, only the virus varieties making more propagules will survive. If on the other hand people with marginal symptoms or mild symptoms go around and mix with the population, the milder variants have a better chance to spread and immunize the population at the same time.

But all these arguments are based on probabilistic logic. Not a deterministic one, and there lies the problem. Although on an average a relaxed isolation practice will spread the milder variants more than the virulent ones, transiently more individuals would certainly be infected with the virulent ones and suffer more.

There is no simple answer to this question particularly when we have little data on the actual transmission dynamics to make quantitative evolutionary predictions. Making a good evolutionary model needs greater details on the dynamics of mutant segregation during the transmission process since multilevel selection crucially depends upon that. What I am most surprised to see is that among the multitude of arguments supporting and opposing the lockdown, there is hardly any evolutionary argument. Evolution in viruses is surprisingly fast, particularly when they are spreading on a global scale. What will be the future course of the pandemic will be decided to a large extent by how the virus evolves. But there are hardly any attempts to study the infection dynamics from the functional evolution point of view. There are some molecular evolution studies though. I don’t have final answers right away, but I am sure incorporating evolutionary thinking in the designing of strategies to manage the pandemic would make substantial difference. But the facts remains that it is not only a problem of prediction and management it is an ethical dilemma at the same time. 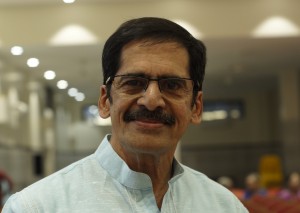